About the author: Jim Scott 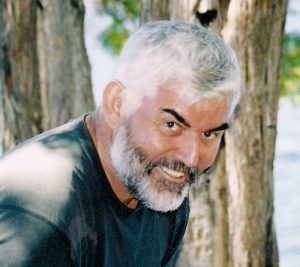 Born in England, raised on the banks of a river in the Sussex countryside, Jim, from a young age developed strong spiritual connections with the natural realm.  Not understood until much later in life this realization provided a catalyst and explanation for his unusual philosophies born from his many travelling years that didn’t tie-in with much of mainstream thinking.

Working with the natural realm in a variety of occupations on sea or land developed a profound respect for the balance of how life is meant to be within the natural wisdom that governs the planet.  This respect is presented in his writing where, not shy to criticize what he considers the artificial worlds of cities, industry and reliance upon financial success, he champions  environmental causes, bucolic lifestyles and indigenous groups yet following the Old Ways of natural balance.

Having travelled to over 70 countries where many of his sojourns were significant enough for adventures to be lived and philosophies developed, his experiences among such disparate cultures, landscapes, politics and economies lend themselves perfectly to the stories and verses of his books.

A father of three, Jim now lives in Ontario, Canada, and spends as much time as possible in the British Virgin Islands where two of his children were born and where he yet feels most at home.